Regarding the Worst Thing That’s Happened in This Country Since, Perhaps Including, the Civil War

The thing I’ll remember most about election night is that little bar graph the NYT had been running for weeks, the daily update on the candidates’ percentage chances of victory. That morning it had showed Clinton with an 85% chance, and so it appeared at the start of the evening. Somewhere around 9 o’clock that suddenly slipped and slithered downward to 59%,   and moments later another graph appeared, like an applause meter, with the needle bouncing over on the right announcing a certain win for Trump. The next morning I changed my homepage from the New York Times to the Metropolitan Museum of Art, canceled home delivery of the paper, and as of this writing have dropped away from the news altogether. I remember reading years ago that Thoreau did the same thing when he moved to his cabin. He said each daily newspaper was just a trivial variation on those preceding, that any from last year’s was interchangeable with today’s, and that their cumulative effect was just to foster a steady, low-grade agitation while leaving dust bunnies in the mind. So he was doing without current events, loved it and recommended it. I can’t really say that last Tuesday’s occurrence is interchangeable with any other, and I suppose I can’t live in my little cabin forever. At some point one must engage the enemy. But as long as Trump, like literature, is news that stays news, I will start my day by fortifying my spirit with a few of the 435,145 artworks to be found on the Met website, as for example today 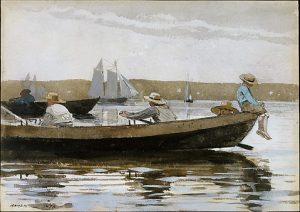 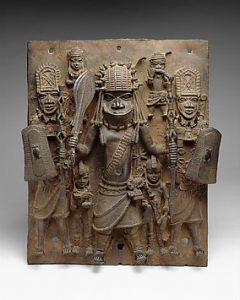