A sample of my features appearing in the London Sunday Times Magazine, where I spent the bulk of my journalistic career:

Except for the first, immediately below, these are currently behind pay walls. I’m in the process of breaking them loose, probably with pdfs.

“The Town That Can’t Wait for the World to Warm Up,” 7/11/08:
[Only one person has ever been killed by a polar bear in the Arctic port of Churchill, and that was because he was walking down Main Street with meat in his pockets. This was one of the few interesting facts about the town until climate change began thawing the harbor.]

Perspectives From the Thawing Icebox

“Inside the Mind of a Conwoman,” 3/13/11:
[The story of a foreign-policy expert with two identities]

If, as James Stewart remarks in The Philadelphia Story, “The prettiest sight in this fine pretty world is the privileged class enjoying its privileges,” then the 2003 Academy of Achievement summit was the most gorgeous thing 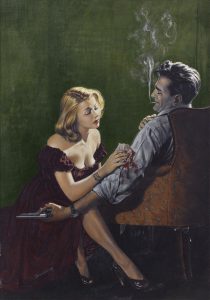 on the face of the Earth. There they were, the whole improbable herd — Bill and Hillary Clinton, Desmond Tutu, Shimon Peres, Lech Walesa, George Clooney, George Lucas, US Supreme Court justices and on and on — surging around Washington for four days that spring, with a B-list of senators and Pulitzer Prize winners in tow…

“The Senator’s Dark Secret,” 3/4/05:
[Antic bigot and white supremacist Sen. Strom Thurmond secretly kept a black mistress during his decades in Congress. After his death, a daughter from that relationship surfaced at age 70.]

Thurmond’s legendary staying power wasn’t confined to work. He was also known for being hornier than a bagful of rhinos, even in decrepitude. Twice married, both times to South Carolina beauty queens, he fathered four children in his sixties and seventies, and in his dotage continued to grope and tickle his way along the corridors of power. A male reporter for The Jerusalem Post described slipping into an elevator between Senator Barbara Boxer of Maryland and Thurmond, who proceeded to feel him up with “long, spidery fingers”, thinking he was Boxer. In his farewell speech to the Senate on September 24, 2002, Thurmond ended his congressional career with the words: “I love all of you, especially your wives.” Senator John Tower of Texas memorably said: “When ol’ Strom dies, they’ll have to beat his pecker down with a baseball bat to get that coffin lid closed.”….

“Investigation: On a Wing and an Heir,” 9/1/05:
[Like most people, this man with the famous name had family photos scattered about his home, the difference being that the people in the pictures said he didn’t exist.]

Remember plots? Back in the old days, men like Brutus, Guy Fawkes and John Wilkes Booth would get a group together, make a plan, succeed or fail. End of story. It’s not that way any more. Maybe it happened when JFK fell sideways in that car, the moment when conspiracies lost their innocence and became conspiracy theories, but our minds are full of them now, possible dark forces possibly doing dark deeds. We’ve become conspiracy winos, half-drunk, half-sober and never quite sure what’s going on. So you may want some black coffee before taking on this one. Monumental if true, it centers around America’s so-called “Crime of the Century”: the kidnapping of Charles Lindbergh Jr on March 1, 1932.

First child of the man world-famous for his solo flight across the Atlantic, the boy was 20 months old when he disappeared from his crib in Hopewell, New Jersey, and the event turned the nation upside down. Ten weeks later his corpse — badly decomposed, with parts missing — was found in the woods near his house. The aviator himself identified the body, which was cremated amid the greatest outpouring of public grief since the Lincoln assassination. From a plane over the Atlantic, Lindbergh scattered the ashes of his son.

That’s choice A. Choice B: Charles Lindbergh Jr is alive and well and living near San Jose, California….

“The Mechanical Army,” 5/23/04:
[The birth of the driverless car occurred right here, one freezing gray dawn outside the Slash X Cafe biker bar near Barstow, California. It wasn’t pretty.]

Out there in the desert somewhere, along with the 80 US marines deployed to guard the route, and the hundreds of sheriffs’ deputies, state police, crossing guards, Bureau of Land Management agents and fish and wildlife personnel — not to mention the control cars trailing the robots, and the army helicopters chattering overhead — 20 biologists were creeping through the sage bushes putting temporary pens around every desert tortoise they could find.

Worthy work, but in this case a waste of time: out of the 15 vehicles taking part in the Pentagon’s DARPA Grand Challenge, a 142-mile race from Barstow, California, to Primm, Nevada, the farthest any of them got was 7.4 miles, or 5% of the way….

As a pilot, as a lover, he was famous for coming in second. But then he disappeared. On the night of April 13, 1933, Captain Bill Lancaster took off in his small blue-and-silver biplane from the Moroccan outpost of Reggan. His craft was equipped with no lights and no radio. Twenty-four hours later, the first search party went into the desert, followed by others over the next week and a half. Finally they gave up.

Back home in England, many people thought he’d probably crashed on purpose, out of remorse. Others speculated that he’d slipped off to some far part of the world to start a new life under another name. For several years, Captain Lancaster was the world’s most celebrated missing pilot. Then Amelia Earhart disappeared in 1937, and history forgot him.

In February 1962, 29 years after he was last seen, a motorised patrol of the French foreign legion came heaving through the sands of the Tanzerouft – aka The Land of Thirst, a part of the Sahara so inhospitable even the roaming Bedouins avoid it. Miles away across the flatlands, a soldier noticed a speck. Approaching, the convoy came first upon the wheel tracks, undisturbed for three decades, ploughed up by the plane as it crashed and flipped over. Under one tattered wing lay the mummified body of Lancaster. Close by was his wallet – containing two photographs of his fellow aviator Jessie Maude Miller, the love of his life – along with his lucky horseshoe and a diary he had kept there in the desert during the eight days it took him to die. Once the find was reported in England, and the Lancaster story resurrected, people were naturally curious to know if the diary contained any mention of the murder….

“Raiding and Writing,” Winter 2000:
[Stephen Reid was once a member of the Stopwatch Gang, three Canadians who became the most successful bank robbers in North American history. Finally caught and imprisoned, he wrote a novel about his experiences that won a national prize. On parole he settled into a new life with a renowned Canadian poet and their small daughter. Then he robbed another bank.]

In all the confusion he forgot to do the dance. Right in the middle of robbing a bank in Victoria, British Columbia last summer, Stephen Reid had originally thought of stopping for a moment to entertain the tellers. He was going to punch on the tape of a song — a pop-noir anthem from the 1960s — and then do a little hi-de-hi around the cassette player:

Oh where, oh where can my baby be?
The Lord took her away from me.
She’s gone to heaven, so I’ve got to be good
So I can see my baby when I leave this world.

But nothing went as Reid had envisioned on this, the worst day of his life….

“Deadlier than the Mail,” 9/22/02:
[A Brit who made much of his living beating up people for money, Bernard O’Mahoney developed a sideline writing letters to serial killers imprisoned and awaiting trial. He wrote pretending to be a woman — a different one for each man tailored to the killer’s tastes. After lengthy correspondence, he won the hearts of some and got them to detail their crimes. Then he gave the letters to the authorities.]

You think you’re smart. You think you know all the angles. Then some woman comes along and suddenly you’re not so smart any more. You start making mistakes. Next thing you know you’re the village idiot. Sure, it’s happened to plenty of men. But not quite the way it happened to Shaun Anthony Armstrong…. 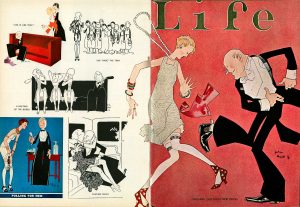