I’m fresh from seeing a very strange movie called Titanic. It is indeed another film about the sinking, the difference being that this one was made in 1942 under Hitler’s regime and all the characters speak German. The movie elevates English greed and bumbling to towering heights, and the lone voice of sanity is (totally fictional) First Officer Pederson, the only German on board, who practically begs the stupid owner and the stupid captain to slow down because if we hit an iceberg at this speed then oh the humanity. Production notes: the film was conceived and propelled by Goebbels despite the enormous costs as a great propaganda vehicle. Partway through the filming the director, Herbert Selpin, made some complaint about the regime so Goebbels had him killed. A new director came in to finish filming the traumatized cast. Finished at last! Time for the premiere! But by then the Allies were bombing Germany all up and down so  Goebbels blocked its release on the theory that the public might be  demoralized by a film full of death and panic when they were getting so much of it right outside.

But, to return to first principles, it’s watching characters like buffoon John Jacob Astor and his idiot countrymen freaking in German that stays with you. The sinking stuff (water pouring in etc.) is very well done. 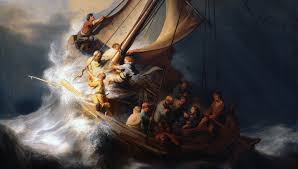