Too Hip for the Room

At the end of the last post I referred to Harry “the Hipster” Gibson, and once he’s onstage it’s hard to get him off. Here then a brief tribute to the man who invented the word “hipster” and played the piano like — well, as you see…. 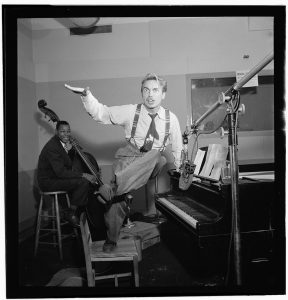 Gibson was the craziest white boy working the clubs in Harlem back in the day. He was spotted there by Fats Waller, who hailed him as a kindred spirit, brought him down to Swing Street in midtown Manhattan and spent night after night stuffing his tip jar with five dollar bills. Harry blazed as bright as anybody for a while — a musical Eval Knievel, he knew no fear (part temperament, part drugs) — and wrote his own songs as well, the most famous among them  “Who Put the Benzedrine in Mrs. Murphy’s Ovaltine?” It was a great recording but a bad career move. The song got him banned from the radio in the late 40s and, since history is written by the censors, he’s been reduced in jazz lore to a wisp of smoke.

To be fair, a man whose core repertoire included his revise of —

I Want To Go Back to My Little Grass Shack

— about smoking your house to get high, was never going to make the Hit Parade. But the way he played the piano, as a full-contact sport, puts him a decade ahead of Jerry Lee Lewis and Little Richard. One of the world’s dumbest debates is over who invented rock n roll, so let’s just say Harry was in the mix as much as anybody. Cleveland, are you listening? 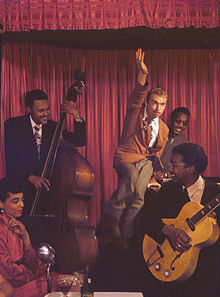