Night before last I dreamt about the (noxious, worm-eaten) electoral college. Specifically I was protesting that Hillary Clinton, though prevailing in the popular vote, had lost the presidency because of this awful system, leaving us with — why even try to describe him? — on his way to the White House. Since ordinarily my dreams are of the Breugel/Bosch variety and moving at medium to high speed, I was surprised my subconscious was so completely on the news. But then maybe dreams are becoming the last place reality can huddle for warmth. Today I see that the Oxford English Dictionary (in an unacknowledged lift from Stephen Colbert) has named “post-truth” its International Word of the Year, referring of course to the great cresting waves of lies and nonsense sweeping us into the future. I thought of that wonderful Oscar Wilde line from The Importance of Being Earnest — “Ignorance is like a delicate, exotic fruit; touch it, and the bloom is gone” — but only because that observation now is itself nonsense, or at least long out of date. Ignorance today — if we’re sticking with plant similes — is like a combination of kudzu and Audrey II in Little Shop of Horrors. According to BuzzFeed, during the last three months of our presidential campaign false headlines, hoaxes and hyper-partisan blogs garnered more than 8.7 million shares, reactions and comments, compared to the 7.4 million produced by the top 20 stories in the mainstream media. How tragic is that? On the other hand, if it turns out that news of Trump’s election is itself a hoax, maybe I’ll finally leave the house. 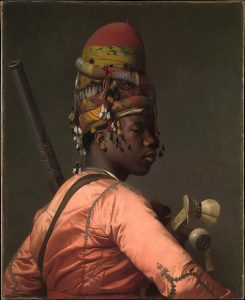