In 1521, after the excommunication of this religious reformer, a Holy Roman Emperor summoned him to appear before a conference. The conference demanded that the reformer recant, but he refused. Tell me:

1 The name by which the conference is known

2 The name of the religious reformer who appeared before it

3 The name of the Pope who excommunicated him

4 The name of the Emperor

Drawing four blanks? In 1958 dairy farmer Harold Craig answered every part correctly on his way to stockpiling $106,000 in winnings. And he did it on live television!

But then he was cheating.

To me there are two amazing things about the quiz show scandals of the 1950s. One is how the producers, sponsors and networks ever believed that an ever-widening conspiracy of several hundred people wouldn’t spring a leak. The other is how riveting the surviving shows are even when you know they’re fixed. Here’s the  famous match-up between Charles Van Doren and Herb Stempel on the show Twenty-One. Even when you know they’re acting — when you know the bank vault containing the questions is cardboard — it’s great TV:

Van Doren v. Stempel, brought to you by Geritol

The collapse of the quiz shows — which at the time were bigger than I Love Lucy — began on a May morning in 1958 when Marie Winn stepped onstage to play Dotto. Miss Winn (Janet Malcolm’s sister as it happens) was cute as a button 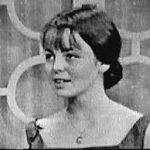 so it’s easy to understand why the producers wanted to keep her around. Unfortunately while she was on-air, a standby contestant (“Skinny Eddie” Hilgemeier) found her little notebook in the dressing room — the one containing the answers she was giving live at that moment (“‘The Cask of Amontillado!'”). Thus began the quiz shows’ toboggan to disaster. Even Patty Duke, 11 years old at the time, was found to have been pre-fed answers for the $64,000 Challenge by producer Shirley Bernstein (Leonard Bernstein’s sister as it happens). Two grand juries and a Congressional investigation later….

But fixed or not, look at the level of knowledge contestants back then could plausibly be expected to possess. When Charles Van Doren successfully named the seven British prime ministers between the wars and the three countries that border on the largest lake in Africa and what kind of milk Pecorino and Gorgonzola cheeses are made of (cow, reindeer, goat, sheep, buffalo, zebra [!]), eighty million people thought sure, he could know that.

Many people who are famous in history and legend appear in Shakespearean plays. Name the plays in which the following famous people appear: 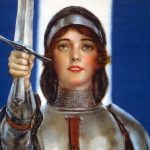 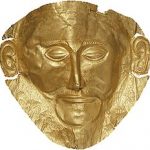 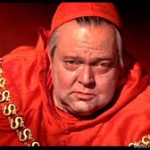 Song of the Day: Coleman Hawkins and Ben Webster 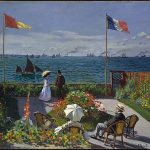