Randy Newman has a new album out, Dark Matter, his first in nine years. One cut that especially struck me is called “Sonny Boy,” which tells the story of Sonny Boy Williamson I, the blues-harp pioneer, and how his name and legacy were appropriated (ripped off) by one Aleck “Rice” Miller, who came along later and billed himself as Sonny Boy Williamson II. Today even serious blues fans get them mixed up. I assume Van Morrison, who has covered both of them, knows the difference. Newman does. But they’re two of the few. So here, as far as I can untangle it, is the deal:

Sonny Boy I came out of Madison, Tennessee. Not only did he turn the blues harp into a lead instrument, he also came up with the call and response technique of playing — bursts of harp between bursts of lyrics — that virtually every practitioner’s used since. Based in Chicago, he began his recording career in 1937 with “Good Morning Schoolgirl” on Bluebird. Take the impact of that, multiply it about a hundred times and you’ve got the scope of his career. It was cut short, way short, in the summer of 1948 when he was killed by stray gunfire walking home.

By then Rice Miller was already slip-sliding around pretending to be him. Great player in his own right, no question; thief, also no question. And once SB I died, SB II could keep saying “the one and only” and be telling the truth now, if you think in terms of how many Sonny Boy Williamsons were currently breathing.

Rice Miller recorded great sides for Checker (“Don’t Start Me Talkin’,”Your Funeral and My Trial,” many more) and he cemented his legacy-sucking reputation in Europe riding the blues revival of the 1960s. Miller took well to success. He was spotted in England wearing a two-toned suit with a bowler hat and umbrella. On the other hand, he apparently set fire to his hotel room trying to cook a rabbit in a coffee percolator, so it’s not like he went totally uptown.

Herewith samples of their work, I followed by II.

Your Funeral and My Trial

SB I was the big innovator.

Actually this recalls the big Pinetop pile-up. But that’s another post. 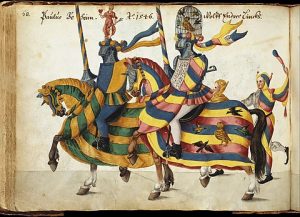