A new book about the ad business, The Adman’s Dilemma, brings to light a cool attempt to monetize poetry far from the halls of Hallmark.  In 1955 the Ford Motor Company was so flummoxed about what to name their fabulous new midsize model that Robert B. Young of the Marketing Research Department reached out to  Marianne Moore, the iconic poet, for help. It was all balls of paper around the office, and the guys were wondering if she might have some ideas. For inspiration, Mr. Young wrote, “you might care to visit with us and muse with the new Wonder which is now in clay in our Advance Styling Studios….All we want is a colossal name (another ‘Thunderbird’ would be fine.”

Miss Moore said she’d give it a shot, which frankly makes me like her poetry better. Over the next few weeks they exchanged several letters — in which, to give him his due, Mr. Young’s literate and sprightly style outshone hers. But I’m taking too long to get to the names. Herewith a sample of her suggestions:

Ford Faberge (that there is also a perfume Faberge seems to me to do no harm, for the allusion is to the original silversmith)

Mr. Young, May I submit UTOPIAN TURTLETOP? Do not trouble to answer unless you like it.

On December 23 Miss Moore received a bouquet of roses, eucalyptus and white pine with a note from Mr. Young:

Merry Christmas to our favorite Turtletopper.

December 26, her reply: Dear Mr. Young, An aspiring turtle is certain to glory in spiral eucalyptus, white pine straight from the forest, and innumerable scarlet roses almost too tall for close inspection. Of a temperament susceptible to shock though one may be, to be treated like royalty could not but induce sensations unprecedented august…..

Nearly a year went by. Then in November 1956 Miss Moore received a note from a Mr. David Wallace in Marketing telling her the company had, as we would say today, gone in a different direction:

“We have chosen a name out of the more than six thousand-odd candidates that we gathered. It has a certain ring to it. An air of gaiety and zest. At least, that’s what we keep saying. Our name, dear Miss Moore, is: Edsel.”

Song of the Day: Jan and Dean, Dead Man’s Curve 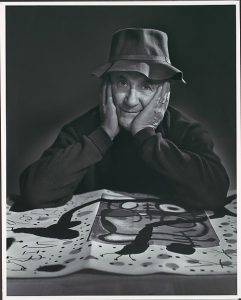